In July “I Hereby Declared” that I would become more active.  I lied.  Well, not lied, exactly.  At the time I wrote it, I had all the intentions in the world, was totally motivated, and fairly confident in my self-discipline. In fact, just moments after posting that commitment to the blogosphere, I closed my computer, exhaled really loudly, looked off in the distance in the most distinguished way, and relished in my wise and healthy choice.
And that was it.

For days I walked around, so proud of the decision I had made to become more active. But, I did not do much.  I did not go running, I did not go roller blading, I did not take a dance class, and basically I’ve been doing the occasional squats while working (others might call this picking things up that I’ve dropped) and the occasional crunches (others might call this laughing) and the occasional run (others might call this briskly walking to the Jeni's ice cream line.) With the exception of a few dance videos and one adventure at the greenway, I pretty much abandoned this commitment altogether.  For this, I apologize.
But now,  for real, I need some exercise.  I feel bloated, sluggish, and stagnant.  Plus my bowels are really acting up.  (Just kidding.  I just wanted to picture my grandmother gasping at that comment.) Although I have been eating well (mostly) my feeling of “blah-ness” escalated when I saw my friends, Sara and Nate this weekend. A group of us were celebrating our friend’s 30th birthday, and when Nate and Sara arrived (coming straight from some super physical gladiator-type athletic race 2 hours away), a choir started singing and angel back-lighting followed them as they walked in the door. Also, it was in slow motion, and I believe a fan was blowing. As Sean puts it, “they glowed health.”  While I normally try to hate people like this, they make it impossible because they’re fun, nice, and they run for a good cause.
Sara's father was diagnosed with Prostate Cancer in 2009. Looking for some way to make a difference, she and Nate started a group called “Team G Shock” This team runs races all over the US in the fight against prostate cancer.  When they started the group in 2009, Sara had difficulty running a mile.  This month, on their 27th race, she and Nate finished 1st in their age groups!!! What?!?!?  They are absolutely awesome and you can read about this inspirational couple HERE.
Long story short, I didn’t honor the commitment I made to you in July.  I’m feeling particularly yucky, and Sara and Nate’s fit bodies threw me into a tailspin of self-evaluation.
Therefore, I am “hereby declaring” again, that I will give this whole “being healthy and active thing” a real shot. In no time I will be posting fit pictures of myself in really cute workout outfits, under the guise of “Here I am with my puppies” or “Here I am with my new running shoes.”  But secretly, we’ll all know what's really going on.
In the meantime, meet Roger: 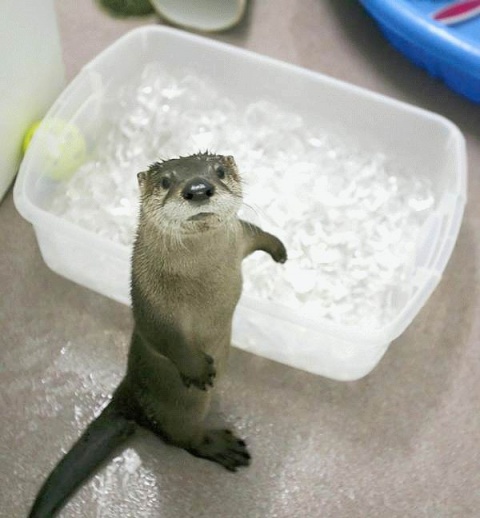 Roger is my gift to you for lying. He speaks in a British accent.
I also give you Edward and Cecilia, because baby otters are the best and I love you that much. 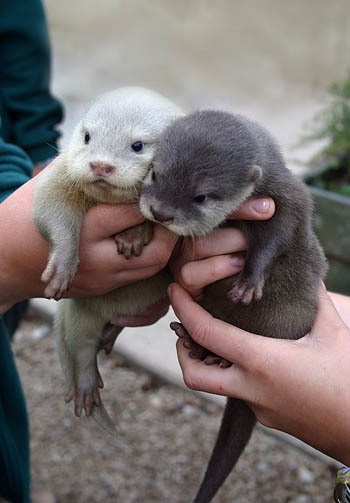 Thanks for forgiving me,
Mae Mae

Posted by Mae at 9:54 AM 4 comments
Labels: Random

Want to see 80 and 90 year old women tap dance? I know I do.  Thanks to Netflix's We Suggest for You section, “Been Rich All My Life” fell into my life at the perfect time. It's happy, uplifting, inspiring, and fun.  It is an amazing documentary that follows 5 women who met in the 1930’s as chorus dancers for the Cotton Club and Apollo Theater, to today where they still perform regularly for eager audiences.  They range in age from 84-96 and have moves like you’ve never seen.
Here they are as young women: 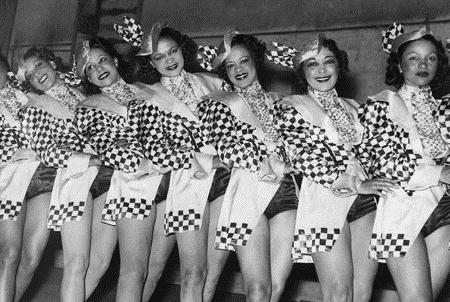 Here they are now: 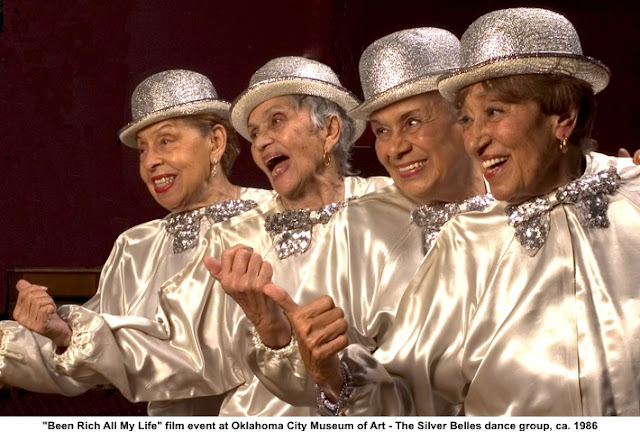 As you watch these gals take subways to rehearsal, meet each other in local pubs, and drop the rare, but well-placed f-bomb, you’ll fall in love.  I know I did.
Here is the movie’s trailer:
I absolutely loved it and seriously wish I had half the moves these gals have.
If you watch it let me know what you think!
Mae Mae

And still, no match.
This is to be expected though, and while we were warned of the challenges of “the wait” I underestimated the grip it would have on my spirit. Fortunately, we have an agency that keeps us up to date, works diligently and ethically, and gives us an optimistic but realistic picture. We often get asked, if a country the size of Oregon has 1,000,000 orphans, why is the wait so long?  There are a number of necessary reasons for that wait, and you can find the answer HERE.
For many adoptive families, these numbers still look very new and very small.  But for my heart, these numbers challenge my spirits, stretch my faith, and teach me more with each passing day. I never knew I could desire so badly to be a mom and ache so deeply for someone I don’t know.
I am working to take full advantage of this waiting period, spend more time with friends, family, Sean, and myself.  Engage in things I won’t be able to do quite so easily as a parent, and embrace life for the moment.  But ultimately, this ache is always there, pulsing at the beat of my heart, and reminding me there's someone on the other side waiting too... 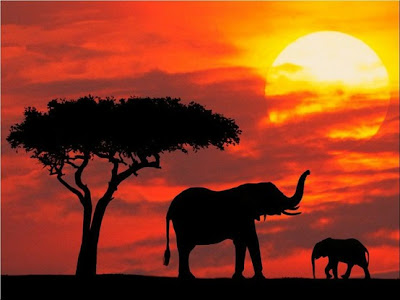 Posted by Mae at 1:51 AM 2 comments
Labels: Adoption

Sean and I attended my cousin’s 16th birthday party at my aunt and uncle's farm yesterday.  There was fried chicken, fried okra, and fried pie.  Man, I love being from the South.  There was also fishing, the wiring of huge speakers in my cousin’s new truck, and the installing of our joint family gift: Camouflage Seat Covers.  Have I mentioned, I love being from the South?
It was a great evening and it reminded me how much I love the country.  As I sat on the dock watching Sean fish, a faint smell of cow manure blew up my sniffer and it took me right back to “The Buffalo.”  The Buffalo is the place of many childhood vacations. If I was lucky, I got to go twice in a summer, once in June and again in August. The Buffalo was a place where you'd bring your horses, ride trails, and camp out for a week.  Highlights include riding my horse as he swam down the river, line-dancing every night to a live band, and laughing ‘till I couldn’t breathe after giving X-lax (under the guise of candy) to a man who really irritated me. (All but his pride recovered.  Don't worry.)  I also remember mud fights that included fistfuls of horse manure, late-night frog-gigging, and other classy American past times.
Tonight, as I watched my husband reel in his 3rd catfish, I took in the sights, the smells, and the sounds of the country.  I wish we lived closer to land, closer to fishing holes, closer to wide-open pastures, and my gosh, I wish we lived somewhere we could go mudding.  As a teenager, we’d leave school during lunch hour, go mudding and be back in time for the next class. Tonight as I listened to my cousin talk about mudding in his own backyard, I became jealous. Very jealous.
Sometimes I try to create a blueprint for my "heaven" in my mind.  I know God needs no help, but I enjoy imagining, and I'm sure he gets a kick out of how limited my perspective is.  But, regardless, here are some things from "my heaven." 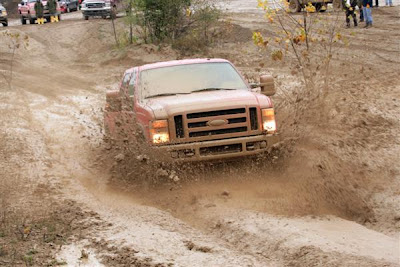 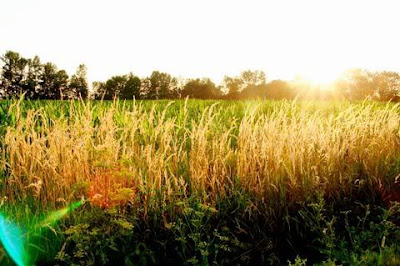 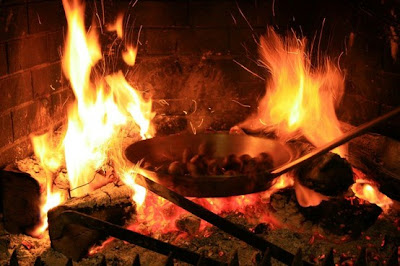 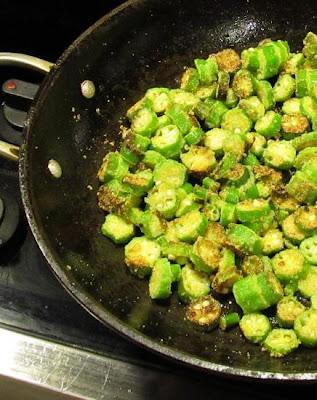 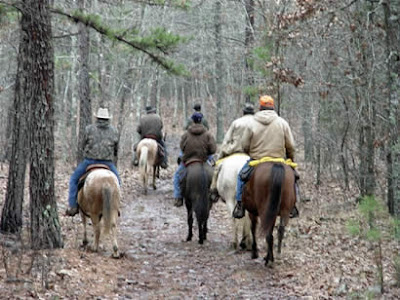 This morning I found a seedtick attached to me and it just felt right.  Perhaps my fever is worse than I suspected.  The only cure? More cowbell.  For real... more cowbell. 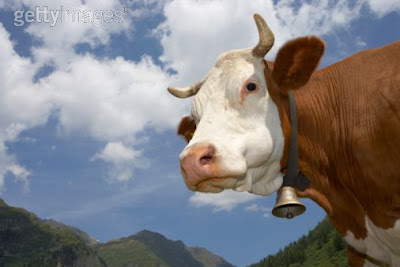