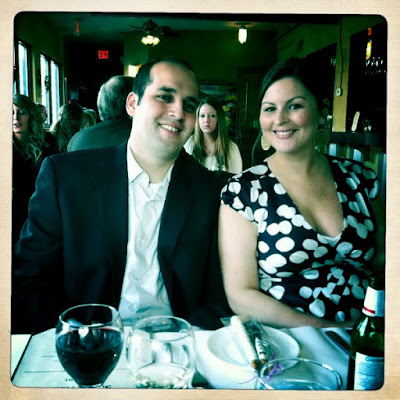 Jon has been my husband’s best bud since high school and now 14 years later we have the honor of living across the street from him and his beautiful wife, Elizabeth.  (For the record, we were here first.)
As long as I’ve known Sean, Jon has always been a fixture in the McConnell life. The first time I talked to Jon on the phone I remember thinking, “If this guy doesn’t like me. Sean’s going to dump me.” I put on the charm and when the conversation was over I went to the chick-fil-a bathroom and discovered I had massive sweat stains under my armpits.  Needing quick redemption, I took Sean to Toys-R-Us and bought him a Ninja Turtles t-shirt.  Luckily, I made the cut and Jon was one of the best men in our wedding.
A year later, Sean and I were still living in our college town and Jon decided to move to Tennessee.  Lucky for us, he took his time finding the perfect apartment and we got to house him in the meantime.  Those 4 weeks were glorious. I remember late nights of going through the Wendy's drive-thru in reverse, watching cable, and dying my hair brown when Sean was out of town.
The night he left, Sean sat at the dinner table (across from a vaguely familiar brunette) and ate silently.  Finally we both looked up and said, “Is it too soon?”   Twenty minutes later we were on our way to Nashville to go visit Jon.
A year after that, Jon married his beautiful and brilliant wife Elizabeth and the entire McConnell clan boohooed like a baby. I specifically remember one of Sean’s sister’s getting a sweet, but fairly loud “hick-up cry” during someone’s toast and another McConnell collapsing at the table out of a wave of overwhelming nostalgia J  (Looking back, I’m sure this is why they seated us in the absolute farthest corner of the room.) And now that the Insogna’s have a baby on the way, the McConnell house is destined to have a total emotional meltdown in September.
With all the pictures taken over the years this one is my favorite: 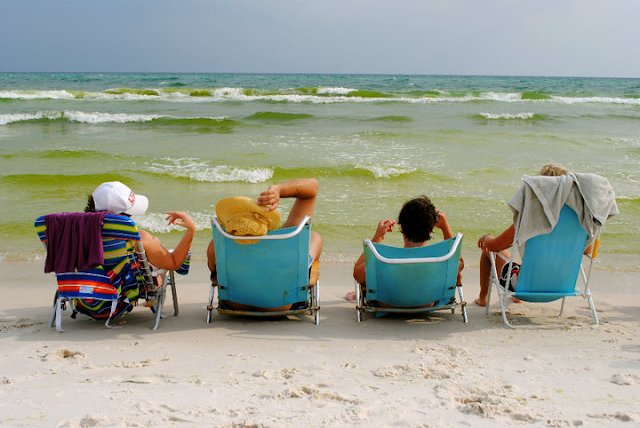 I LOVE this picture because we were totally unaware of what the next year would bring.  Now, with a baby a few weeks away and our adoption 6 months in the making, we will never have a beach picture that looks quite like this.  It’s very exciting and a little bittersweet too.  I can’t wait to take this photo again with little kiddos beside all of us.
Cheers to family, good friends, and the future!

With papers due every Sunday, my Saturday nights have looked a lot like this the past 12 weeks: 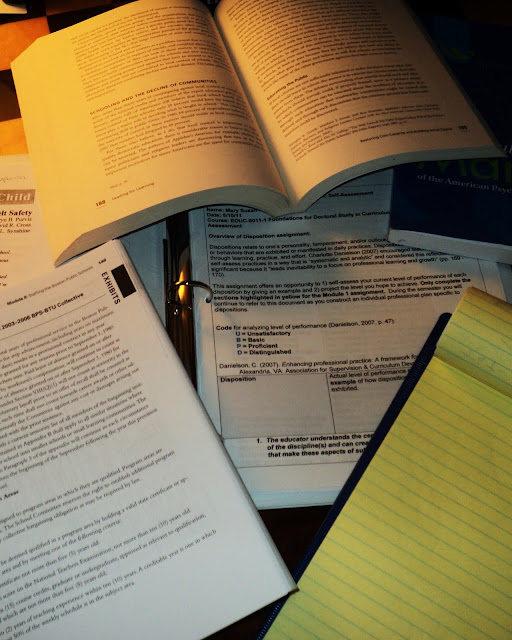 But, I have great news! I have officially finished the first semester of my doctorate. Woohoo!!
One down, eight more to go...

Posted by Mae at 5:00 AM 0 comments
Labels: School

We received this in the mail a few days ago: 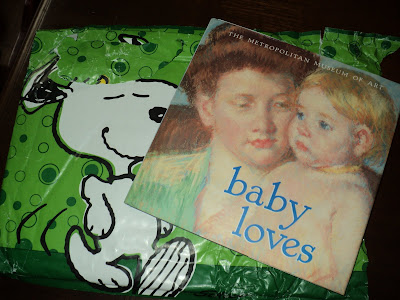 Sean's mom sent us this sweet book, illustrated by the famous Mary Cassatt.  The really special part about this unexpected gift is that Mom took the time in her letter to give us her thoughts on every single illustration.  It’s great to read her thoughts out loud while we hold the pictures in our hands.  It’s the little things that connect us when we’re so far apart.
Thanks Mom!!!