A few nights ago during Sean’s show, a little boy stood near the front of the stage watching the band. He studied the guys and played along to every song with his plastic light-up guitar.  After a while, Sean invited him up on stage to play with the big boys… 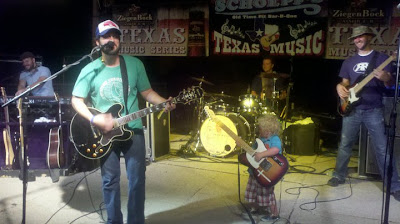 Someone tagged Sean in this short video. It cuts off early, but hopefully a full version will surface soon.

Click HERE to watch the cutest thing you've seen since that baby Panda sneezed in '08.

Posted by Mae at 3:13 AM 0 comments
Labels: Random

A Night with The Civil Wars

About a year and a half ago, Sean came home and told me about a co-write he’d just had with a guy named John Paul White.  He described John Paul as being very nice, super talented, and a Johnny Depp look-a-like.  I listened to the song they wrote, flipped-out, and ooohed-and-awwwed over this man’s voice. A few months later Sean told me about The Civil Wars, a new duo featuring John Paul and a woman named Joy Williams.  At Sean’s prompting, I listened to some of their stuff and was immediately blown away.  At night I began falling asleep to their record and pretending I could sing harmonies like that in my head.  Within months, they were playing Jay Leno, touring around the world, and selling out every single show.
Monday night, Sean had the honor of opening for The Civil Wars and it. was. awesome.  If you're unfamiliar with their music, you should watch this video and send me a Thank You card in the morning.
But, back to Monday…
We left town around noon and headed to Alabama.  The van was packed with five band members, three other friends, and me.   When we reached Florence, the girls and I decided to leave the guys at sound check and walk around town.  The downtown area was charming and quaint.
I found this awesome ring for $12 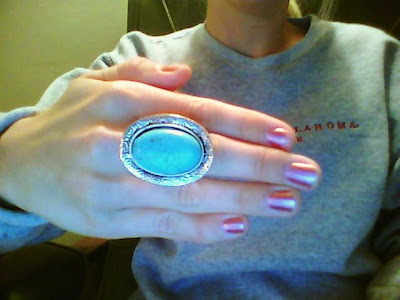 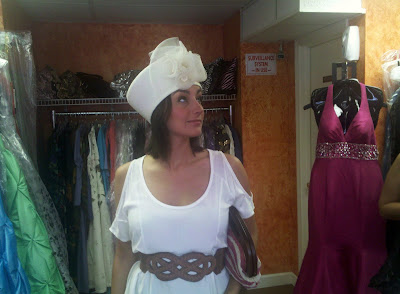 She looked so good in them it kind of made me sick…
Anyhoo, back to The Civil Wars.
After shopping, dinner, and some time backstage, it was time for the show and we eagerly took our seats in the front section of the sold out Shoals Theatre. 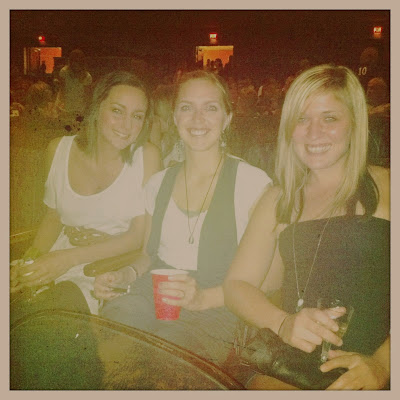 Sean took the stage at 7:00.  The guys put on an incredible show and the crowd loved it.  I especially loved listening to the women next to me discuss how they wanted to “put Sean in their pocket, take him home, and lock him in their house.”  When the set was over, Sean came and sat beside me and the looks on their faces were priceless.  All at once they realized I’d heard their entire conversation and they leaned over and admitted to Sean what they’d said.  It was hilarious and the entire row bonded.

By 8:15 The Civil Wars took the stage and I was amazed.  Their performance was flawless, organic, and arresting.  With just two voices and a guitar, they had the entire theater on the edge of their seats. Their harmonies, melodies, and stage presence were absolutely captivating.  My eyes never moved from the stage and I left even more obsessed than when I arrived.  AND to top it all off, John Paul and Joy are as nice as they are talented and it was a blast getting to speak with them after the show.

A few hours later we were back on the road again and making a sleepy, but very entertaining drive back to Nashvegas.
Here is a picture of Sean, John Paul, and Joy.  Sean posted it on twitter and the caption was, “Looks like I’m in the middle of a civil war.”  Gosh, he’s clever. 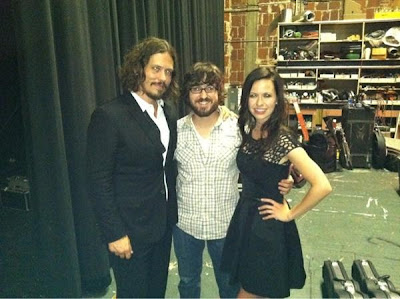 ﻿
Long story short, The Civil Wars are awesome and you should go see them live if you ever have the opportunity.
Until then, if you haven't already, go to their website, http://www.thecivilwars.com/ , download their FREE live show at Eddie's Attic, and prepare to have your face melt off.
Much Love,
Mae Mae

One thing we love about our adoption agency is that it is first and foremost a humanitarian agency. If there is any way for a child to stay with their biological family, they work to get that child sponsored instead of adopted.  If a child is sponsored, the agency assists the biological family in providing food and education for the child.
Since the beginning of our agency’s work in Ghana, they have had the honor of meeting and working with some very special people.  One such person is a woman named Auntie Ruth.  Auntie Ruth served as a caregiver at a Ghanaian orphanage and now runs a private foster home, where she takes great care of  children waiting for adoption.  Her home is in a small line of apartments and the entire complex sees Aunti Ruth’s as a gathering place for the tenants (which includes 6 other AAI sponsored children.)
When you first walk into Auntie Ruth’s apartment, there is one little room that contains the kitchen and bathroom.  Unfortunately,  authorities have decided the current bathroom setup is unacceptable, and have blocked the pipes to the toilets in the entire complex.   This means every tenant (including these precious children) do not have access to an indoor bathroom anymore.
In order to restore plumbing, Auntie Ruth must pay 1,500 cedis (roughly $1,000) of her own money to dig a hole, run a sewer line, and install a new toilet in the back of the home.  She cannot afford this expense and without toilets, the children are forced to walk 10 minutes to an unsanitary community toilet.  This is a scary walk for the kids and according to our coordinator, the community bathroom is simply “not a place for children.”
If Aunti Ruth receives a toilet, not only will the kids living in her unit be able to use it, but the sponsored kids next door will have access as well.
If you feel led to assist, click HERE  and select "AAI Ghana Program" and in Donation Designation type “Ghana- toilet.”
Here is a picture of Auntie Ruth and one of the neighborhood "babes"… (I have been given permission to post this.) 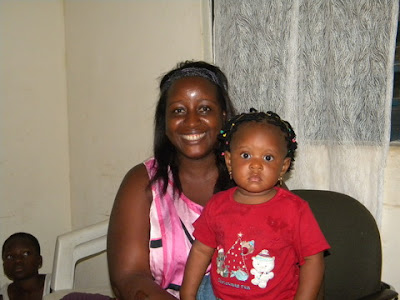