I forgot to mention the marriage proposal I received in an airport in Africa...

It was our second trip to visit Abi and Sean and I were coming home from Africa.  It was round 2. The night before we had spent hours on the tarmac, only to be told that our flight was missing a part (comforting) and would be delayed 24 hours, thus causing us to spend an unexpected night at a hotel with 150 other passengers. Now we were back at the airport and on our second trip through security in a day and a half.  Sean and I got split up at security.  As Sean waited in the wings for me to get through, I was asked to step up to the security attendant. Having done this twice before I knew the drill.  They would ask me if I had anything in my bags they couldn't see... I would say 'no.'  Etc.  It's always a little nerve wracking honestly.  So I stepped up and the security attendant started asking me the familiar questions.  "How long have you been here?"  "Do you like the ocean here?"  "Why were you traveling?" And then he says, "If you marry me you can stay."

"You marry me, you can stay as long as you want."

I just looked at him, reading his expressions. His face was serious. I smiled and kind of laughed and gave all the "haha you're funny, now let me through security" type of body language.  But he just stared and didn't budge. He then turned around and grabbed another man who had been sitting on a table behind him. The man walked over and looked at me. "This is my brother, he is a very eligible bachelor.  You could marry him if you wanted. He's very nice.  Good man."  The brother (late twenties early thirties) stared at me, smiling, waiting for an answer (?!)  I looked around.  They were serious.

"I'm married." I said, as I showed them my ring, previously covered by my carry-on luggage. But by this time they were too busy explaining  why each was a good candidate for marriage. The line behind me was getting longer. The only other security guard started waving people from our long line through hers to alleviate the massive crowd forming behind me. I smiled, "But I'm married." And yet they continued to explain, paying my words no attention. Finally, I took my ring finger and put it in the air (which is surely some huge cultural flub since it's my left hand) and pointed to it.  They stopped talking. Despite the other guard's efforts, the line behind me was seriously held up, but since one of the men was an employee there, nobody could say anything.

Finally, the first man looked at my hand and said, "You're married??"   "YES." At this point, a THIRD man came up to inspect my hand.  "You're married??"
"Yes, I'm married and I'm not too sure how my husband would feel about me marrying one of you." They stood there quietly.
And then one man said, "This is very disappointing."

They handed me my bags and right before waving me through the line, the first man stared at me straight in the eye and said, "Well then come back with your sister, okay?"

I said, "Okay..." and went on to the next round of security.

There's a fungus among us.

Before I really get into today's post, I must mention that last night I attended a very special event. A new friend of mine and her precious family were coming through town on their way to Florida... there was a gathering of their "Tennessee friends" at my girlfriend's cabin and it was absolutely amazing. I simply don't have enough time to tell you how incredibly special the evening was. So many kids, so much love, so many amazing stories of adoption, and just an overall abundance of life.  So refreshing.  I hope to expand further one day soon, but my amazing mama is in town right now and we have a lot of antique shopping to get to :) So, I leave you on DAY 2 of the 30 DAY CHALLENGE with a story I've been dying to share with you. I have seriously not laughed this hard in a while.  This real-life tale written by my real-life friend Brittany is seriously one for the books. She has the best sense of humor and is an incredible sport when it comes to embarrassing moments.

(See we really are friends. I am on the left and she is on the right.  Note to self: close your purse when walking the streets of PCB, silly!)

Anyhow, she posted this story on her blog the other night and I just couldn't quit laughing. I immediately asked if I could share it with you and she kindly obliged :) SO without further ado, here's "There's a fungus among us."
---


There's a fungus among us... by Brittany Stewart

It has recently come to my attention that I need a new doctor.  She became my doctor after I worked in the same doctor's office in high school as a file clerk.  I loved working there alphabetizing patients files and never peaking to see how much they weighed.

He was my first real boyfriend.  He would pick me up in his mustang.  He would write me poems.  He even sent roses to my school.  He also told his mother everything we talked about and I would have to hear all about it later at the office.
So I dumped him cold turkey.

Now to be fair I had zero experience in life, relationships, and how to work a basic flip cell phone.  I moved on, HE has moved on, but his mother clearly has not.

I only see his mom (my doctor) when I am at my best.  Like last week when I went in for a rash on my torso.  She was not in the room for more than two minutes before she was gushing about how great her son is, how fabulous his job is, and how beautiful his new wife is.

I, being polite, was trying to not scratch my rash and smile and nod agreeing with how successful he had become .  I start crawling out of my skin.  After what seemed like an eternity she finally asked me to lift my shirt and with a gleam in her eye diagnosed that I have a fungus.

That's right folks.
A FUNGUS.
Talk about wanting to crawl into a hole and die.
Out of all the embarrassing diseases, this one is pretty far up on the list.

Faster than I could pull my shirt down she had convinced me to follow her to her office where she preceded to show me photos from said ex-boyfriend's wedding, including bridal portraits.  I get it, I am the perfect daughter-in-law that you always wanted.  But I have moved on, your son has clearly moved on, and you would think after 10 years you would have moved on as well.

So the search is on for a new doctor that will only judge me for my fungus and not for rash (pun intended) decisions I made in 2003.

On a lighter note the fungus/rash is clearing up.  And it is good to be back.

OH my gosh.  I'm dying laughing again.  Thanks for the honesty BS (that's her nickname b/c of her iniitials.) Want more of this hilarious goodness?  Check out her amazing blog at Buttons, Birds & BS.

A long time ago I read a post by Pioneer Woman on the top things she'd learned about blogging.  One thing that always stood out to me was her advice to write often.


"Whether you write a sixteen-paragraph essay about the cosmic implications of a free market system, a one-paragraph description of what happens to your soul when you walk into your godforsaken laundry room, or a simple photo and caption, consider your blog a precious bloom that requires daily nurturing. " Pioneer Woman

There's no denying I've had a writer's block of sorts the past few months.  I think too much and write too little.  I may want to write about something inconsequential like my new love affair with the DVR (I'm always years behind the curve folks, but did you know you can pause LIVE tv and you don't have to grab a VHS to record a show anymore? Amazing.) But then I think, naah- too much is happening to write about the silly DVR... I should write about __blank__!" But then __blank__ takes WAY too long to write and it sits in my inbox half-done, forever unpublished, while this blog just gathers dust.

So with that said, I'm climbing my fanny out of writer's block one day at a time, friends. My sister and I have been throwing around the idea of a writing challenge for a while now, and well, it's time. For 30 days we will both post SOMETHING, everyday.  Doesn't have to be life-changing, doesn't even have to be a full paragraph.  Just something.  (Saturdays included. It's getting real up in here. But not Sundays. It's not that real. Just kidding. Sundays too! EVERY DAY.)

So... today is DAY 1.  You should join us! Any chance you've had writer's block too? If so, throughout the month, leave your posts in our comments and we'll come check out your space. We can all climb out of this writing funk together :) So with that being said, DAY 1 is today and I'm done :) 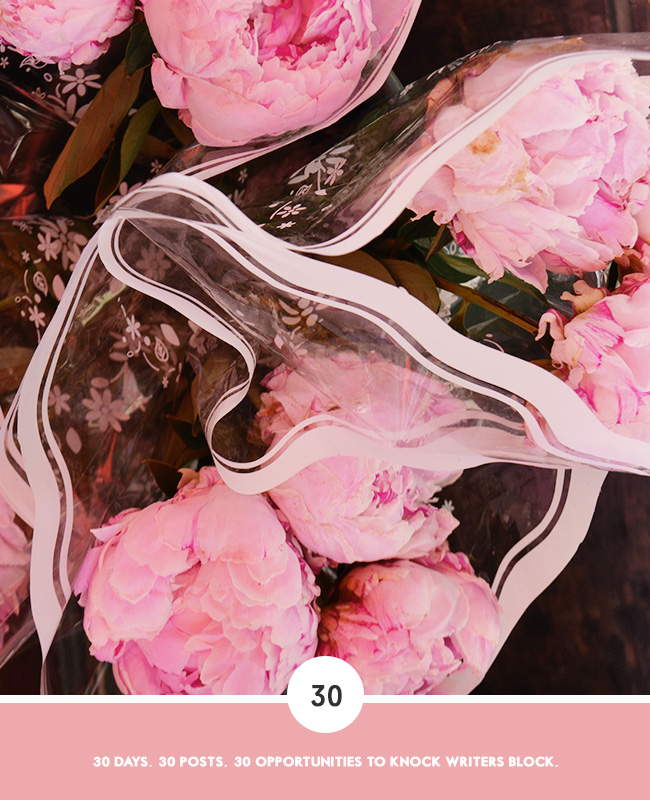 Woohoo!! Hello, friends!  Notice anything different? That's right, I got a brand spankin' new blog design!!!! Once again, the incredible Maddie Richardson has knocked my socks off and given me something I'm truly excited about. She's a design wizard. In fact, I often refer to her as the woman in the cloak with the staff because her skillz are so magical :)  While I LOVED my old design we both were ready to shake it up a bit and do something different. Long story short, I'm SMITTEN.  It's clean.  It's easy on the eyes and it inspires me to write. So there you have it, a new look. Also, you may have noticed that the "Two Hoots and a Holler" is missing.  Yep, I dropped it. We're just going with "Mae Mae" now.  That blog name is easier to say, makes more sense (it's my nickname), and all in all it just fits me better. Change is good and I'm definitely feeling that "after a drastically awesome new makeover" kind of high.

So friends, if you're in the market for an incredible design please check out Maddie Richardson- A Design Studio.   She's amazing!!!!!

PS- Tune in tomorrow for something very new.  I'll actually be writing a lot this month.  You'll see what I mean tomorrow. 'Night.

We're Under Construction, Y'all

Mae's blog is currently under some fabulous construction. Please check back tomorrow to see the final draft of her facelift.
If your blog needs a facelift too, check out some pricing and packages here and my portfolio here.